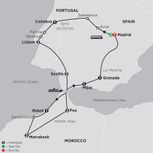 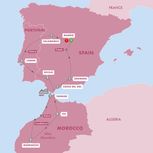 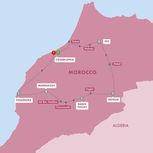 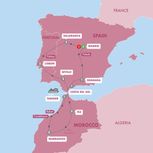 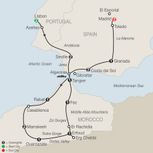 Save up to 40% on Morocco tours

As a large-scale seller of Morocco tours and Morocco vacations, we are able to offer you unbeatable prices and unparalleled value. Once you have found the discounted Morocco tour of your choice, please call our tour specialists to book your vacation and save money with our first-rate personalized service! With tour operator volume buys plus our low everyday prices you can save up to 40% versus assembling the same itinerary on your own! Book your Morocco tour today with AffordableTours.com, your discounted tour headquarters. Learn more about Morocco Tours 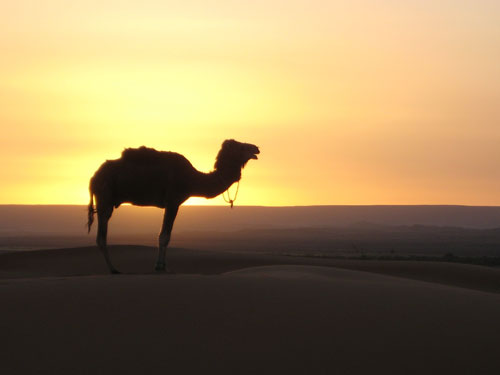 Located on the westernmost tip of northern Africa, Morocco is an exotic and endlessly fascinating country. Casablanca on the coast makes a great starting point for any Morocco vacation, as it is home to an international airport and is one of Africa's biggest cities. Here stands the Hassan II Mosque, the world's largest mosque with one of the world's largest minarets.<br> <br> Fez is a popular place to overnight on any Morocco vacation because it is one of the most ancient cities in the country. Built in the eighth century, Fez is famous for Karaouine University, which is older than even England's Oxford University. The old part of the city retains the magical, bustling atmosphere of an ancient era, and it is a huge maze of winding streets and covered bazaars. The medina - or market - in Fez is one of the largest in the world, and it is listed on UNESCO's World Heritage Sites. This is where you may want to purchase your souvenir carpet or ornate metalwork to bring home to remind you of your marvelous Morocco vacation.<br> <br> Marrakech is called the "Pink City" for the color of the earth used in its construction. It is also a city of labyrinthine alleyways, but you will also view many palaces, markets, museums and mosques here. Djemaa el-Fna is the city center and it comes alive after nightfall with street performers: magicians, dancers, musicians and snake charmers.<br> <br> No matter where your Morocco tour takes you, surely you will sample the national drink: mint tea made with green tea, fresh mint and sugar. Dine on delicious tangine, a rich and fragrant stew, as well as traditional couscous, kebabs and almond pastries.

We Are Committed To:

AffordableTours.com is a proud recipient of the Better Business Bureau (BBB) awards 2006-2017.

It's simple: Sign up your friends, family, and anyone to us and when they book you will receive an American Express gift card worth up to $200 in the mail for simply referring.

Get discounts by Email!

Receive a call from us

Mon-Fri 8AM - 11PM ET
Sat-Sun 9AM - 9PM ET
Enter your information and an agent will call you back shortly.
*Please Note: Only USA and Canada residents

There are many friendly consultants at AffordableTours.com that are ready to answer any of your questions or assist you with your reservation.

By joining our newsletter list, you will also receive exclusive discounts and offers only available to those in our list.